I don’t know where this month went. I think I said something similar about last month, which, granted, was a short month, so it was bound to go by quickly. March always feels a little bit extra considering it has 31 days, and yet here I am at the very last day and just now realizing that seven years ago my last book, The Unwanted, came out. 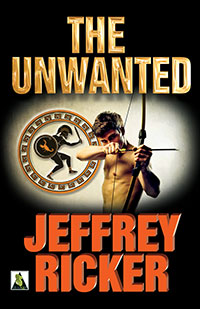 I suppose I should call it my latest book, since “last book” makes it sound as if that’s all there is to my so-called writing career. It’s a long gap between books, though. And strictly speaking, it’s not the last book I wrote. I’ve written three more books since then. Publishing them, of course, is a different matter. Finishing them would help. (One is finished. Another is finished but needs to be redone. The third is a rough draft, for sure.)

That book never really found an audience, but I’m still happy with the way it turned out. Every so often (and some people are probably sick of hearing me bring it up), I think about doing a sequel to it. In fact, one of the three books I’ve finished since The Unwanted came out is a sequel… that didn’t really work. I’ve also got the concept for a third book in the back of my head—and somewhere on my hard drive—but if the first book didn’t really land with readers, I’m not sure it makes sense to put the time into two more. And at this point, I have a few other projects that I’m really excited about working on.

That’s the thing I’ve tried to remind myself I need to do more often: focus on the projects that I’m really excited about.

And one other good thing did come of writing that young adult fantasy novel: it’s a big reason I landed a gig teaching an intro to writing science fiction and fantasy class at one of my alma maters. And you know what? That’s pretty cool.