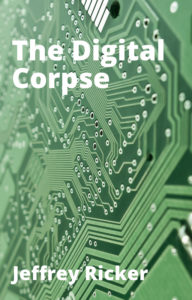 Sometime last year I wrote a Friday Flash Fiction installment titled “The Digital Corpse.” It was about a detective investigating a murder in the Upload, a virtual world similar to Star Trek‘s holodeck. There was a twist, though: in addition to providing a playground for the living, it also offers an eternal digital existence for the dead. This is somewhat related to my novel in progress, but more on that later.

I continued the story a few months later with another Friday Flash Fiction piece, and so on and so on. I posted the most recent one, “To the Island,” a short while ago. The story is incomplete and there are gaps between the installments that I’ve written, but I think I might keep going with it.

So, I’ve gathered all the various pieces and created a page for them here. When/if I write more parts of this story, they’ll eventually wind up over there, too.

Be warned, this is a work in progress, and it’s very rough as a result. (Insert obligatory filthy joke here about liking it rough.)