(What? I never said this was going to be a daily diary. You think I’m that organized, focused, and able to maximize my free time? Oh, child.)

I’m still trying to find my bearings and settle into a routine. Let’s just say that is not exactly my strongest suit. Normally, I go to the gym in the morning, which is obviously not on. I’ve been doing yoga at home, and we have some decent workout equipment, but huffing and puffing in the basement is perhaps not a hundred percent ideal.

So, today I put on my running shoes and left the house at five in the morning and went to Tower Grove Park. Exercising in city parks is one of the things that’s allowed under current stay-at-home orders, as well as walking your dog and going to get groceries. (Me, I’m planning to have those delivered, although not everyone can do that, of course. I figure my best move is to be as out of the way as possible right now.)

Anyway, the park at five in the morning is peaceful, and I practically had the entire place to myself. I suppose I could have taken a picture to prove I was there, but it was five in the morning, so mostly the picture would have been darkness and a couple streetlights. You get the idea. But here’s a photo of it in the daytime if you like: 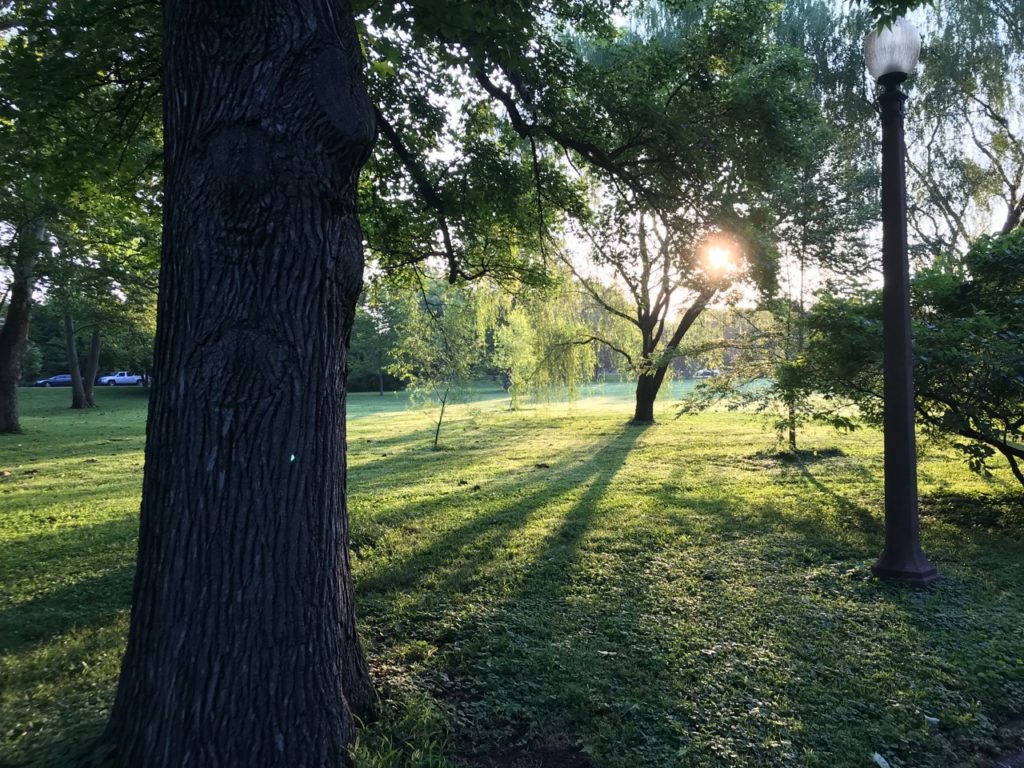 Regardless, it was what I needed, and as I was heading out of the park, I heard an owl. That wasn’t a big surprise—I hear owls in the park all the time—but it was reassuring in its familiarity.

To be honest, my run wasn’t much of a run—I walked most of the way until I got to the exit, then I started running, through the neighborhood streets and under the interstate to the road that leads back to the house. I don’t know why I started running then—I hadn’t intended to, but maybe I did it simply because I could. Odd, to be running to get back to the place I’ve felt cooped up for the last week. Maybe next time I’ll run away from the house and walk back.