This month begins my favorite time of year, and not just because my birthday’s this month. (Although that’s part of it.) The weather is finally starting to get cooler, the maple in our backyard is starting to change into its red dress, and I’m gazing longingly at the 75% of my wardrobe that I get to wear for about 25% of the year. If Michael didn’t dislike the winter, I’d ask if we could move north.

But, it’s still going to be 79 degrees today, which means I’m still wearing tank tops as much as possible because I sweat like a fiend. A new month also means a new flash fiction draw, and the stacks of cards we have left are getting thinner. Shuffling four cards basically consists of moving them around until I forget which is which. (OK, so maybe that doesn’t take all that long. Yes, I’m forgetful. Hush, you.)

If you’re new here, the first Monday of every month I create a writing prompt by drawing three cards, each from a different suit, which give us our genre, setting, and a random object to include in the story. Your mission (should you choose to accept it) is to write a 1,000-word (max) story by next Monday, send me the link, and I’ll post a roundup of all the stories created using the prompt.

Here’s where we stand. The grayed-out items have already been used.

And since I just realized I posted the wrong image last month (the prompt was right, but the cards were from August’s draw—remember what I said about forgetful?), I figured I’d take pictures of the cards as I drew them this month. 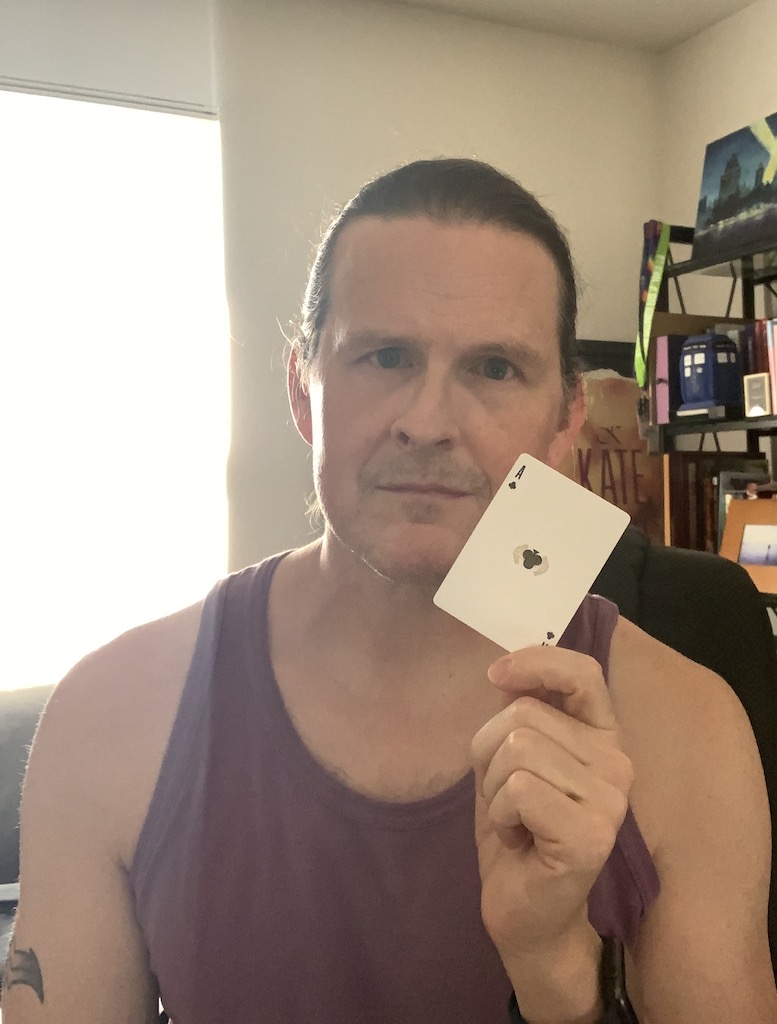 Ace of clubs, so that’s… romance! (This is a good one for me. I love love, I love happy endings, and if you throw in some sexytimes, so much the better.)

Moving on to setting, we’ve got:

Seven of hearts, which means we’re going to… a farm field. Hmm, okay, so I’ll throw in a hunky farmer. I can work with that.

Lastly, an object, for which I drew: 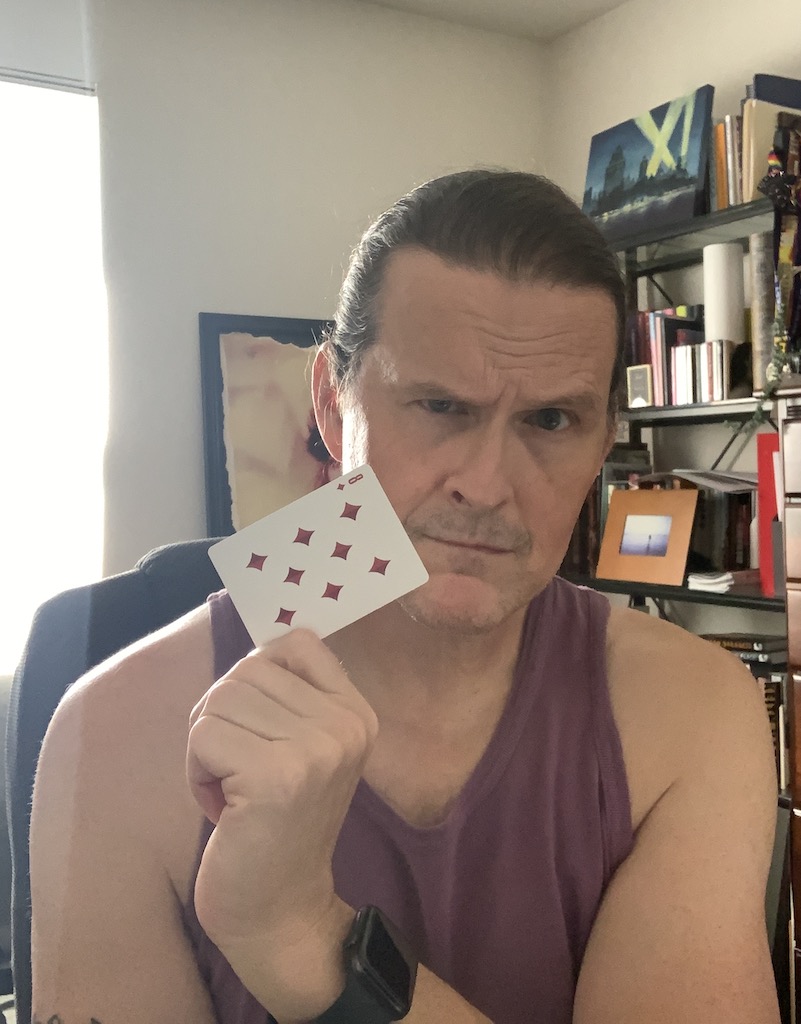 An eight of diamonds.

Well, that’s the luck of the draw, isn’t it? To recap, your mission is to write a 1,000-word (max) romance, set in a farm field, including a fountain pen. Send me a link to your story by next Monday, and I’ll add it to the roundup. Get creative, y’all!